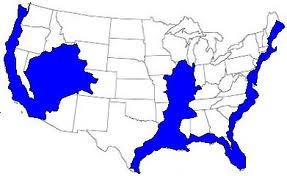 Clif High's new wujo report (link below) is a major new piece of the puzzle in understanding what the future holds for mankind. We have long reported on the so called Kill Shot prophecy put forth by some of America's top remote viewers and how their prediction matches recorded events of the past. These past occurrences include but are not exclusive to the Carrington Event of 1859, the event of 1921 and the historical evidence for major solar events of apocalyptic proportions recently reported by Dr. Robert Schoch of Boston University. Dr. Schoch's research shows how a major solar catastrophe occurred in the past and that this event was the cause of the building of megalithic structures worldwide. As if in confirmation Dr. Anthony L Peratt, a Los Alamos plasma physicists and his associates have established that ancient petroglyphs found world wide depict an intense plasma event or events in prehistory. Dr. Shoch believes this event caused the end of the last ice age, flash frying trillions of tons of water which then precipitated as rain and caused deluge's of biblical proportions. He even speculates that this could be the reason for the myths of a global flood that exist in ancient cultures worldwide (Shoch, Dr. Robert. Atlantis Rising. June 2012 pg. 70.)

Now Clif High, the originator of the web bot technology using neuro linguistic analysis to determine future events, has stumbled across a prophecy that is being promulgated by a group of remote viewers which matches to perfection what his web bot is telling him about a coming global disaster. Interestingly, this prediction does not match exactly the Kill Shot prophecy put forth by Maj. Ed Dames group of Remote Viewers but says an even bigger event may be about to take place. According to the viewers at www.farsight.org , they have currently finished an exhaustive experiment and the results are shocking. After a multi year effort at blindly viewing various targets they have discovered a massive event that will occur through an impact into the ocean's of the southern hemisphere. This event is described as a water displacement event that will completely destroy the coastlines of the world. For a long time the web bot has reported a so called "Data Gap" that occurs between feb. and May of 2013 when all communications world wide seemed to be wiped out. The viewers at farsight.org do say that a major solar event accompanies this disaster and also causes widespread desolation but just not to the degree as Maj. Ed Dames has stated as the result of his viewing. The future is so bright we gotta wear shades.

Video of Courtney Brown Ph.D. and his team's findings: