Our readers and members are well aware of our coverage of the Web Bot predictions and how it parallels both farsight.org's predictions and the predictions of the remote viewing group founded by Maj. Ed Dames. In the last few days P.I.A. researchers came across yet another interconnection with these predictions that is nothing less than astonishing. We were so awed by what we discovered that we are still a bit stunned. We debated even publishing this story because of the disturbing implications of what these interconnections may mean. Because we believe an informed populace is in the best interest of all we decided to go ahead and reveal what we now know about this new development. 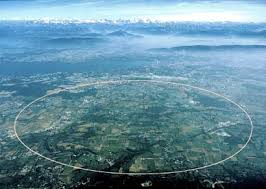 Many may never have heard of the the so-called CHANI dialogues even though the topic has its own forum on the godlike productions website and has garnered some attention in paranormal circles. In 2008 a man claiming to be a South African intelligent agent came forward with an amazing story. He described himself as a "sanctioned whistle blower", and stated that his superiors had approved of his leaking of this information to the public. The motives for doing so are unclear at this time but in his own words:

"Around the end of 2005, the CHANI project files were handed over to the Rubicon Station for project Reveal. As the name suggests, Rubicon deals with information that has been deemed to have reached a point of no return. The Rubicon division was formed by a number of "dissatisfied" Upper Echelon members within the RA community, who decided that certain information should be released and that seeds should be planted to measure and research public reaction—clearing the way and setting a foundation for whenever "they" decide to flood the wires with full disclosure on any specific topic. When public interaction becomes a necessity, the information is to be released. "

He claimed that from 1994 to 1999 a group of researchers employed by a company he referred to as RAND and associates, had access to a CERN like particle collider in Africa. This facility was and still is supposedly top secret. During these years contact was apparently made with an entity who said it was in a parallel universe, dimension or timeline. This entity began downloading into the facility computers, certain communications over a 5 year period. During this period researchers asked the entity 20,000 questions and recieved answers to 95 percent of them. The entity introduced himself as a "student who had authority from his Elders to interact with, observe, study and learn from humans." He stated that his "Elders" had noticed our solar system crossing into their parallel universe and that we were not the only beings they could see and interact with. What is so astounding about these communications is that they were released years before the current Web Bot, Farsight.org, and Ed Dames predictions and yet they are a spot on match. Even more interesting is a specific claim made by the entity that Fort Knox was empty and contained no gold!(note: We believe this entity knew it was speaking to American researchers at the point it mentions gold.) This is something that Brad Meltzer's decoded and Jesse Ventura's Conspiracy Theory shows have covered. We will have a full point by point analysis of this connection in our current Deep Black Intelligence report available in our web store. In the Deep Black report we reveal what the entity predicted and show how it matches perfectly with certain web bot predictions. We also will show how this entity predicted huge changes to occur in the next few days. Upon purchasing the report subscribers are assigned an email to access the archive page that contains the report.