Nazka Mummies Prove To Be Real And "Not of any known species on Earth...." 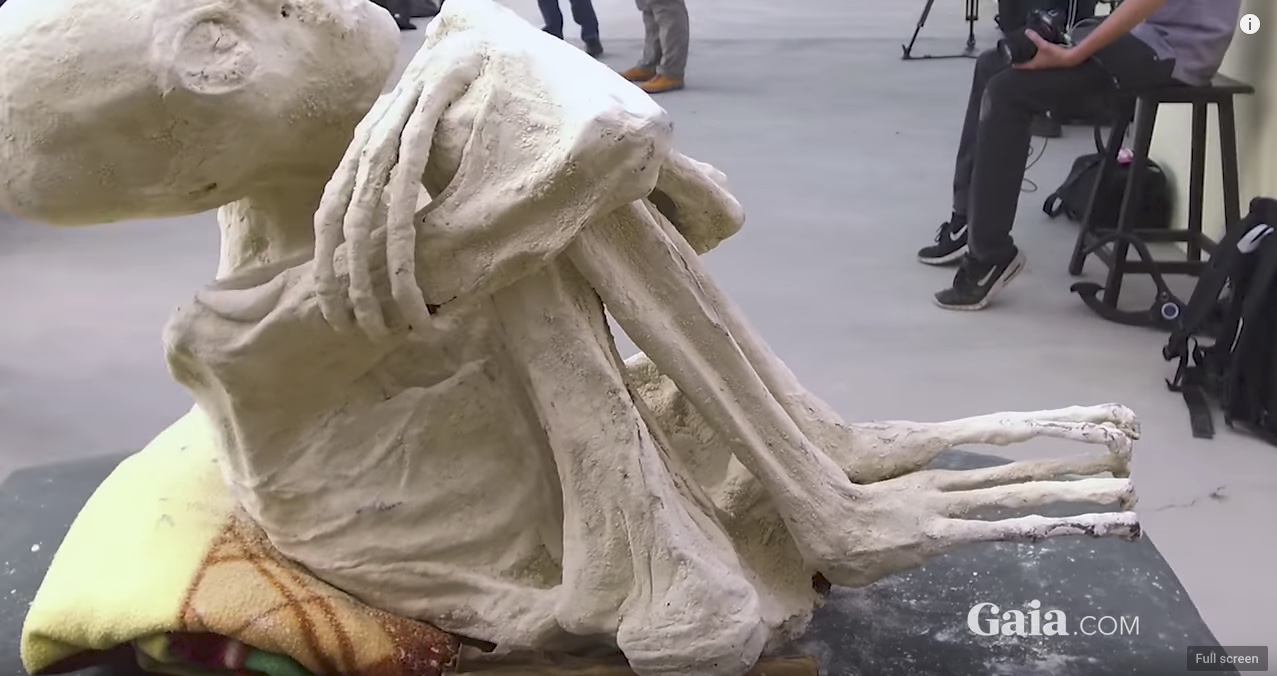 The latest efforts in the investigation by Gaia.com into the

Nazca mummies discovered in Peru come in the form of D.N.A.

baby mummy 'Wawita' have similar D.N.A., however , are

not direct relatives of one another. Most incredible is that 5% of the

D.N.A. proves to not be related to modern humans at all and

doesn't match that of any known species on Earth. This is an

incredible find. Also it is being reported that an ancient artifact

may have been discovered with the Mummies. This artifact is

described as being a 6ft. X 9ft. size relic that is gold and has 2

crystals juxtaposed to one another. So far the only pictures

available are a small replica that the discoverer made along with

his claims of the discovery. Gaia has recently released these

D.N.A. findings in a new update on the 'Unearthing Nazca'